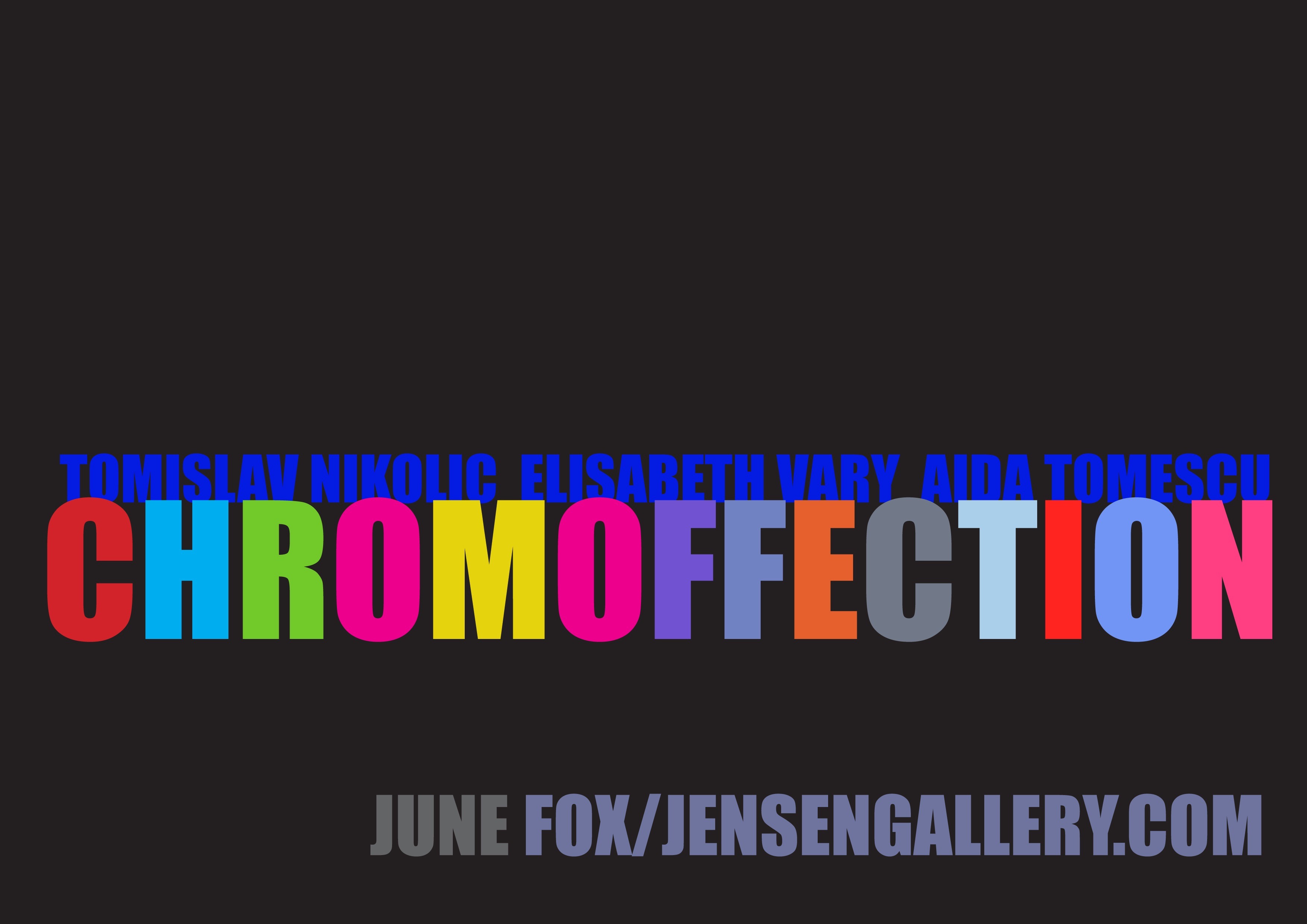 “Chromoffection is a happier, more manageable condition than that described by David Batchelor in his important text Chromophobia first published in 2000. Rather than suffering the allergy Batchelor suggests plagues Western society – the fear of colours corrupting agenda and superficiality, each of these artists don’t just have an affection for colour – they are conducting an open affair with it. Each are certain of colours capacity to deliver form, to offer an intuitive emotional charge to space and even to be a symbolic cultural framework.

Where Tomislav Nikolic, Aida Tomescu and Elisabeth Vary differ from, say the more fundamental colourists is that they are equally committed to gesture, tone and structure, elements that work to break the monotheistic stupor in favour of a vigorous ecumenical celebration.

In Chromoffection, Elisabeth Vary serves as a link between the more divergent approaches of Nikolic and Tomescu. Vary’s carefully formed constructions offer her the chance to address the multiple facets of these objects. Like chromatic icebergs that have breached the gallery’s walls, Vary’s forms resist the planar nature of the stretcher, preferring to have at least five surfaces to attend to. Though Nikolic’s treatment of, or implication of the frame into his compositions suggests he too, is dissatisfied with having only one surface to paint. Colour leaks around every corner colonising the adjacent space. The frame is not a border signalling the boundary of the composition but simply a permeable membrane.

Aida Tomescu’s paintings explore colour and form just as determinedly as either Nikolic or Vary but the delivery of it differs wildly. American painter Winston Roeth suggests that he …”doesn’t choose colour, colour chooses him”, and in talking with Aida I very much get the a similar sense and that there is a vigorous wrestle between judgement or reflection and the buoyancy of material and gesture in every cadence of her work. These paintings celebrate paints unpredictable and potent character. Tomescu though holds this volatility just in check, allowing the viewer to feel paints wilful behaviour and to enjoy the scent of colour.

The gallery is very pleased to present the works of these three terrific painters.”